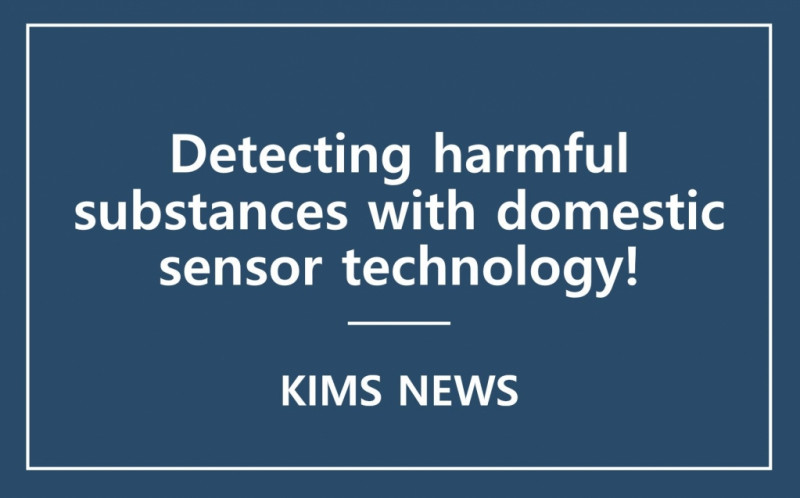 Researchers in Korea succeeded in developing the world's first electrochemical sensor that can simultaneously detect bisphenol A, an endocrine disruptor that is widely used in our daily lives, and hydrogen peroxide, harmful active oxygen in the human body. The research team is led by Dr. Kyu Hwan Lee (a professor of New Materials Engineering at the University of Science and Technology) in the Department of Electrochemistry in the Nano Surface Material Division at the Korea Institute of Materials Science, a government-funded research institute under the Ministry of Science and ICT.

Because of the endocrine toxicity, Bisphenol A is designated as an endocrine barrier substance and a reproductive toxic substance, and belongs to a candidate list of substances of very high concern. The toxic substance is contained in products that are commonly used in daily life, such as airtight food containers, baby bottles, cans, water bottles, receipt paper, and plastic film. It can cause various diseases such as infertility, breast cancer, and precocious puberty. Hydrogen peroxide, harmful active oxygen, is produced in the process of combining oxygen with nutrients to generate energy in the human body. The substance eventually destroys the cell signaling system and weakens the immune system, causing diseases such as diabetes, arteriosclerosis, and cancer. For this reason, the sensor for detecting it in real-time has significant implications.

The catalytic material used in the existing electrochemical sensors uses only one reaction, such as oxidation or reduction for detection. The research team introduced palladium nanoparticles into 3D graphene aerogel to have palladium act as a catalyst that promotes the oxidation and reduction of bisphenol A and hydrogen peroxide. With even at a very low concentration of nanomolar (nM, 1/1000 of a mole) levels of palladium, both substances were simultaneously detected.

Through a simple heat treatment process, the researchers synthesized a 3D type graphene-conductive polymer-palladium nanoparticle composite material. As the composite material has numerous porosity in its 3D shape, the material has a large surface area and is advantageous for material transport, which supports the excellent detecting performance. In particular, by improving the stability of the sensing material with the positively charged conductive polymer and inducing uniform bonding of the palladium nanoparticles, it was able to obtain a wide detection range.

Nations around the world including Korea are preparing strict safety standards according to the dangers of bisphenol A. Some of them completely ban the import and manufacture of containers and packaging in case of suspected elution. Due to the risk of active oxygen, it is required to develop a technology for detecting trace amounts of hydrogen peroxide in the human body. Currently, the global market for electrochemical sensor technology is valued at $6.619 trillion ($USD) per year and is expected to grow at a CAGR of 11.4% until 2025.

Dr. Kyu Hwan Lee, the leading researcher and a principal researcher at KIMS, said, “The localization of the electrochemical sensor technology capable of real-time on-site monitoring has been continuously required in various fields such as environment, industry, medical care, and agriculture. Based on the results of this research, we will spare no efforts to develop a multi-analyte electrochemical sensor system that can simultaneously measure multiple harmful substances so that we can detect them in our daily life quickly and fairly cheaply.

This study was funded by the city of Miryang as research for development and application of high-sensitivity real-time electrochemical sensor material for the establishment of smart agriculture and livestock industry. It was also published in the world-renowned academic journal Chemical Engineering Journal (IF=13.273) on March 1. The research team will conduct follow-up research to develop a multi-analyte electrochemical sensor to simultaneously detect various harmful substances. 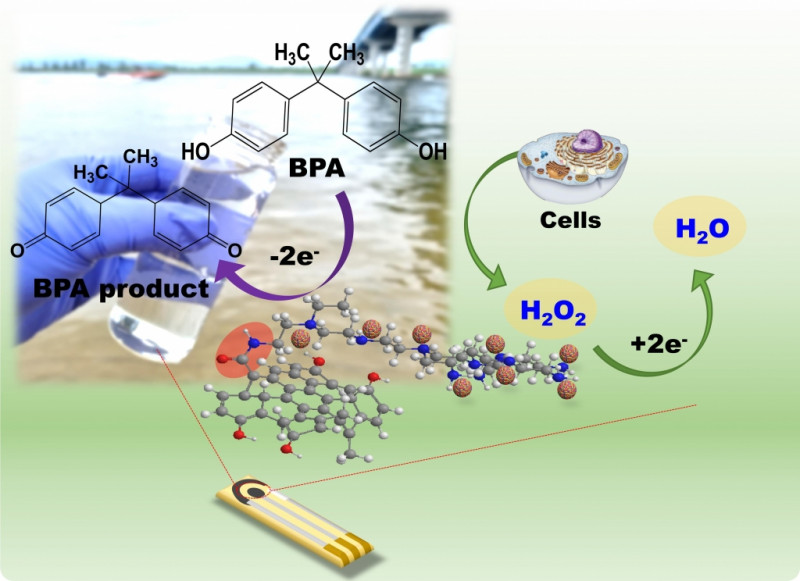