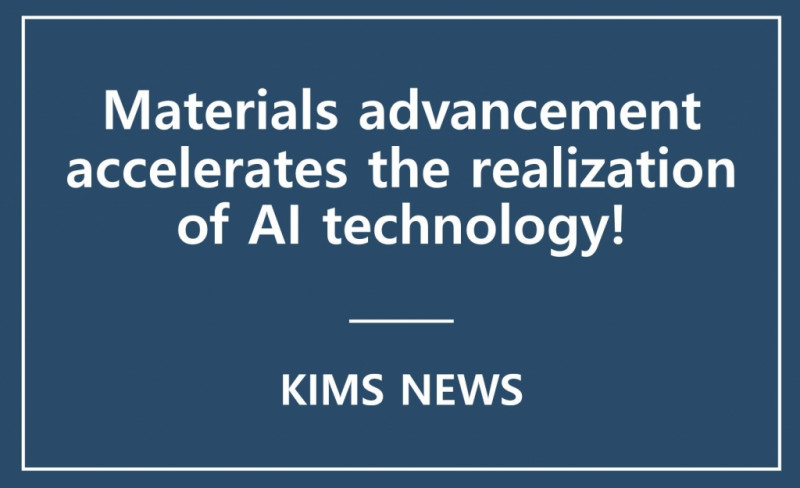 imitation)semiconductor for the first time in the country. This is a result of a research team led by Dr. Jung-dae Kwon and

Yong-hun Kim of the Department of Energy and Electronic Materials of the Korea Institute of Materials Science, together with

under the Ministry of Science and ICT.

This new concept memtransistor uses a two-dimensional nanomaterial with a thickness of several nanometers. Memtransistor

is a compound word of memory and transistor. By reproducibly imitating the electrical plasticity of nerve synapses with more

than 1,000 electrical stimulation, the researchers succeeded in obtaining a high pattern recognition rate of about 94.2% (98% of

Molybdenum sulfur (MoS2), widely used as a semiconductor material, works on the principle that defects in a single crystal

are moved by an external electric field, which makes it difficult to precisely control the concentration or shape of the defect.

To solve the problem, the research team sequentially stacked an oxidic layer of niobium oxide (Nb2O5) and a molybdenum

reliability by an external electric field. In addition, they have demonstrated that the resistance switching characteristics can be

freely controlled by changing the thickness of the niobium oxidic layer, and that brain information related to memory and

forgetting can be processed with very low energy of 10 pJ (picojoule).

Currently, as artificial intelligence hardware consumes large amounts of power and cost in the form of GPUs, FPGAs,

and ASICs, it is expected to generate explosive demand as the industry grows in the future. The wearable AI market

memtransistor structure-based AI semiconductor can greatly reduce the circuit density and driving energy. It is expected to

be applied to low-power edge computing and wearable AI systems in the future.”

This research was funded by the Ministry of Science and ICT and supported by the Fundamental Research Program of KIMS.

Also, it was published as a cover paper on the October 1st issue of Advanced Functional Materials (IF=18.808), a world