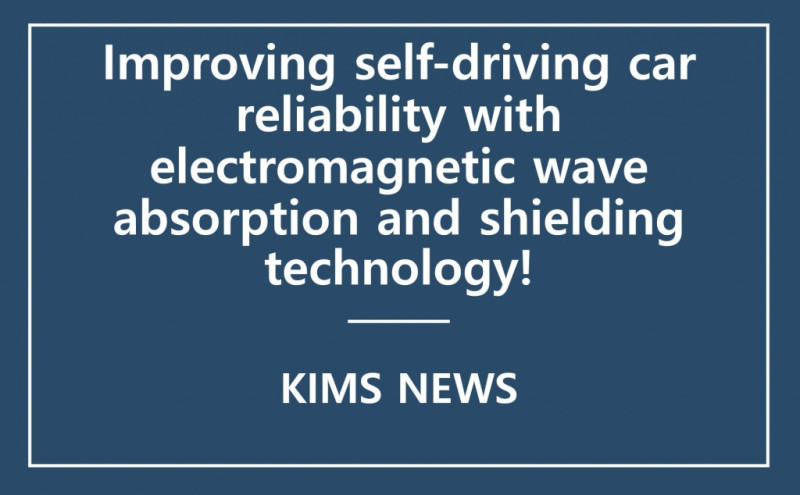 A research team led by Dr. Sang-Bok Lee and Byeongjin Park in the Department of Functional Composites at the Korea Institute of Materials Science(KIMS) succeeded in developing the world's first ultra-thin composite film. This film does not reflect electromagnetic waves for 5G communication but absorbs more than 90% of it. The technology can solve the secondary interference problem of electromagnetic waves for 5G communication frequency over 26 GHz. KIMS is a government-funded research institute under the Ministry of Science and ICT.

The absorption-dominant shielding material manufactured by the research team is a magnetic material and polymer-mixed composite film with conductive fibers sewed in a grid shape, which remarkably absorbs electromagnetic waves at 5G communication frequencies. This material absorbs more than 90% of electromagnetic waves while reflects less than 1% of the wave. In addition, as this material is thin and flexible, there was no performance deterioration after it was wrinkled or folded.

The absorption-dominant electromagnetic wave shielding material technology can be used in various fields such as smartphones that use 5G/6G communication, base stations (small cells), automotive radars, and low-orbit communication satellite antennas. In particular, only two or three companies in the United States, Germany, and Japan succeeded in commercializing the technology as these materials require state of the art material design technologies to show advanced performances for the 5G/6G frequency bands.

Principal Researcher Sang-Bok Lee, who led the research, said, “The material we developed uses a conductive grid to present a new concept of an ultra-thin material that absorbs most of the electromagnetic waves without reflecting them. If the technology is applied to wireless communication devices such as smartphones, as well as to automotive radars, the reliability of autonomous driving will be greatly improved.”

Funded by the Ministry of Science and ICT, the research was conducted as the fundamental research project of KIMS, ‘Magnetic based Pseudo-materials Absorbing Extremely High Frequency(EHF) Electromagnetic Waves’ and the project of the Korea Materials Research Center, ‘Development of mmWave absorbing/shielding and heat-dissipation properties tailored composites.’ In addition, on February 28th, the research paper was published in the Journal of Materials Chemistry A, a renowned academic journal in the field of materials science published by the Royal Society of Chemistry.

The research team is discussing technology transfer for mass production of absorption shielding material with many companies. They are also conducting further research on the material’s application to the ADAS radar systems. 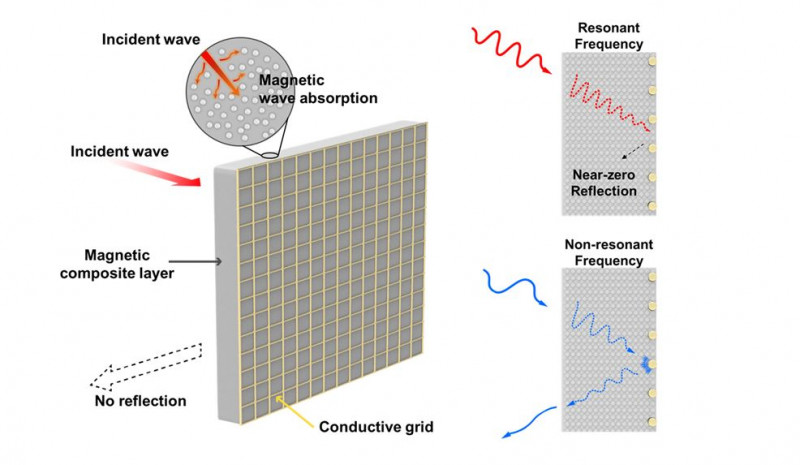